For the longest time I have wanted a Le Creuset French (Dutch) Oven. They are expensive so I haven’t ever bought one. At the urging of my friend Rafael I started considering it. He picked one up a 7 1/4 quart at the Le Creuset Outlet in Colorado for around $160 (normally more than $250 for retail). I started seriously considering buying one. Especially after talking about them with Pioneer Woman at her book signing. I knew after talking with her I wanted a large round one. Rafael said he really likes his 7 1/4 quart, so I had decided that was the size I wanted.

In April I checked the outlet store near me and they had some on sale, but not the 7 1/4 quart. So I waited.

I woke up Saturday and realized it was May! I thought to myself that perhaps for Mother’s Day they might have a new sale at the Outlet. I was right. Spend $200 get 25% off. I was set. I talked with Hubby and we took a drive in the late afternoon and arrived at the store 20 minutes before closing. (Sorry, Ladies!!)

I walked in and felt like I was in heaven (well, at least cookware heaven). Now, I had 20 minutes to decide on color from what they had in stock. So what did I do? I texted Rafael (who by the way was having dinner with another friend Chris and his wife who were flying to Costa Rica via Denver). Rafael asked the choices and I wrote back “Red, Cobalt Blue, Orange, Yellow, or Cream”. Rafeal wrote back that the consensus at the table was “Cobalt Blue”. As I looked at the Cobalt Blue 7 1/4 quart pot I noticed the enamel was chipped. Well, that wouldn’t do. So, I looked at the Red and the Orange.

I chose the Red. Isn’t it pretty?​ 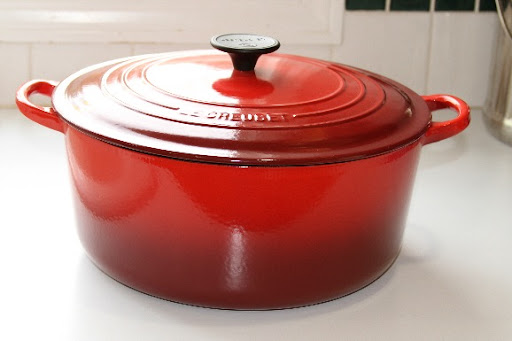 Since I want to be able to bake at 500 degrees Fahrenheit I also picked up a stainless handle to replace the black one that came on it. So here is what it looks like now. 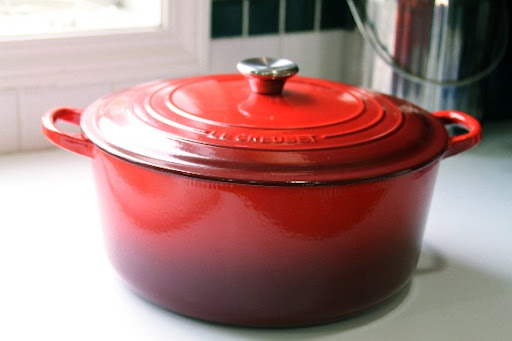 Because I was getting 25% off, I got a silicone balloon whisk because it could go up to temperatures exceeding 800 degrees Fahrenheit (not sure why I would want something that hot, but at least I know the whisk can handle it). 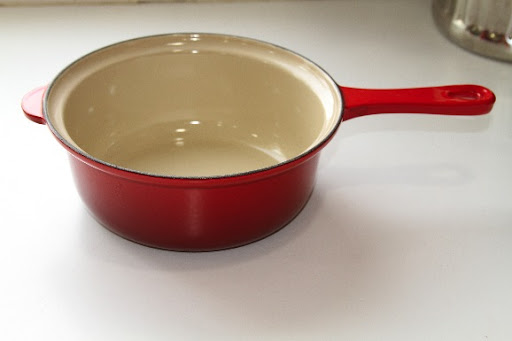 And this 8 inch skillet… 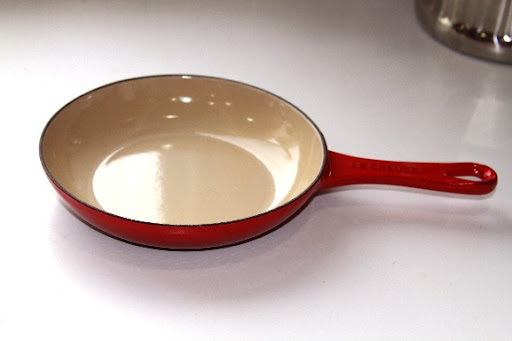 These two pieces are a “Multi-function” set  actually make a 2 quart OVEN! YIPPEEE! 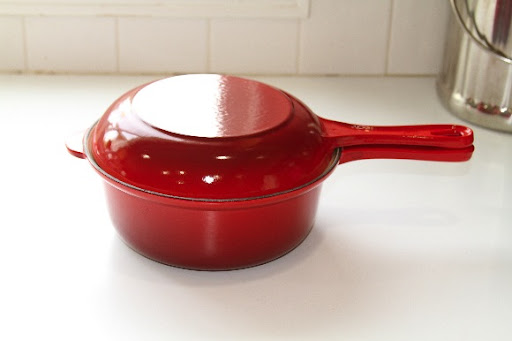 So I decided, “What the heck!” All said and done… with the 35% off discount the “Multi-function” ended up costing me $10.00! Yep, that’s right, ten dollars. With the extra set I got 35% off of everything I now have THREE Le Creuset pieces for what the price 7 1/4 pot retail!!!

If you live near a Le Creuset outlet… the sale is on until the end of May. (this is not a paid advertisement.)  Not sure if one is near you? Check here.

2 thoughts on “Something I’ve wanted for a long time…”