Thought of the Day…Plant a radish, get a radish, never any doubt. That’s why I love vegetables, you know what they’re about! ~Tom Jones and Harvey Schmidt

WOW… I’m really behind in my weekly CSA* posting… July 12 was the last time… Oooops!

Over the last four weeks we’ve received lettuce, green beans, “new” potatoes, rhubarb and blueberries. We LOVE blueberries! In addition to the dry pint we get in our share, I’ve been buying a full flat extra each week for the past month!! I came up with a blueberry, apple rhubarb crisp. It’s yummy!!! 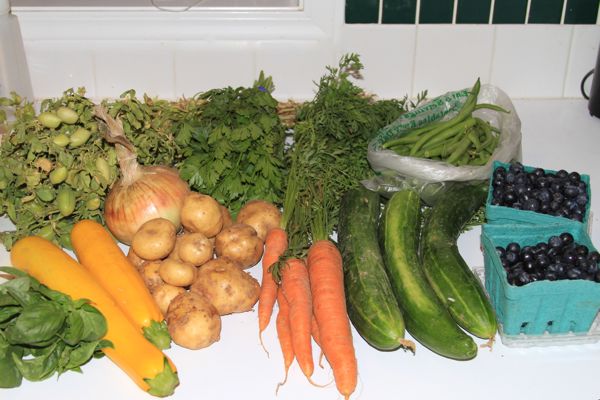 Now, you’re looking at these yummy veggies going, “Where are the garbanzo beans?” You’re not alone. That’s what I did last year. Have you ever had “fresh” garbanzo beans? I’m not talking about the off-white/cream looking ones in your standard salad bar… These are GREEN… I hadn’t had them until last year’s CSA*.

This is how we get them…

You pop the pods off … 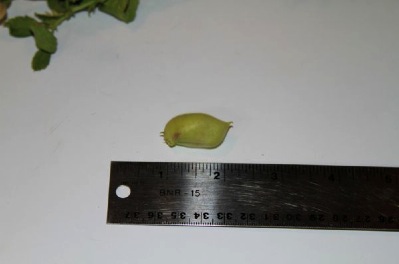 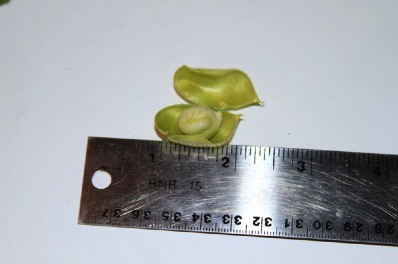 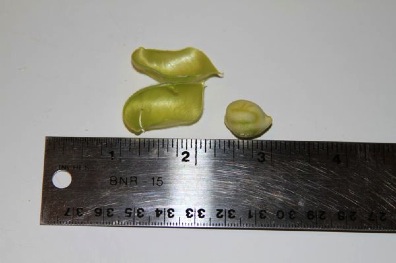 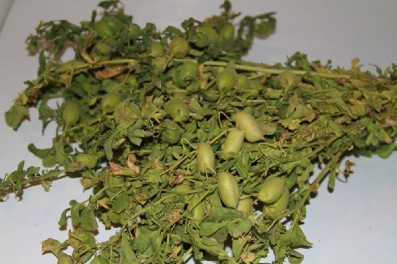 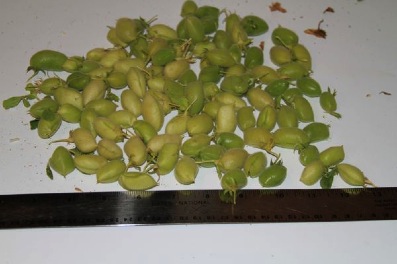 ​
​
TWENTY-FIVE minutes later… UGH! I got less than a cup of beans! They’re tasty raw, but like I said, they’re A LOT of work! 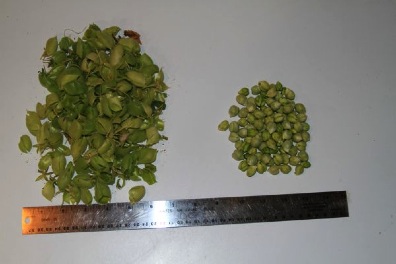 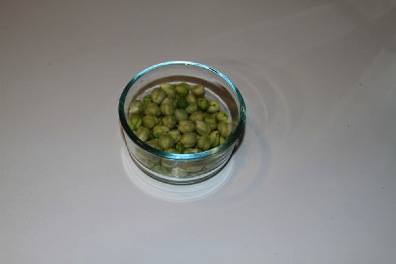 I personally wouldn’t buy fresh garbanzo beans on the stems or fava beans (which are even more work… remember the fava beans from my CSA weeks 2-4 post?).

Is there a fruit or vegetable that you think is just too much work that you avoid buying?

Now, blueberries and all the rest of the goodies from this week… you betcha!

Have you had any fresh from the farm produce? If so, what’s your favorite fresh fruit/vegetable? What’s something you avoid like the plague?

*What’s a CSA? CSA stands for Community Supported Agriculture. We bought shares of a local farmer’s crops. This CSA farm is pesticide-free which is really nice. Each week from mid-June to mid-October we received a bag with different produce. To see more of what we’ve received visit my CSA tag.