Do you remember the SNAFU that started the entire kitchen remodel? Remember the hole in the pipe behind our microwave that caused al the mold? 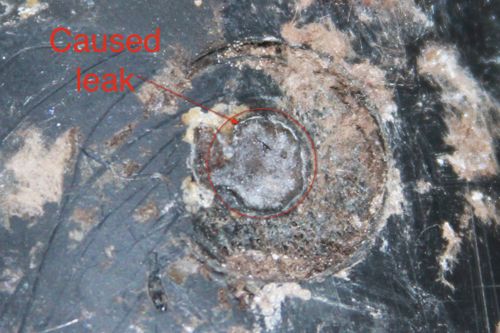 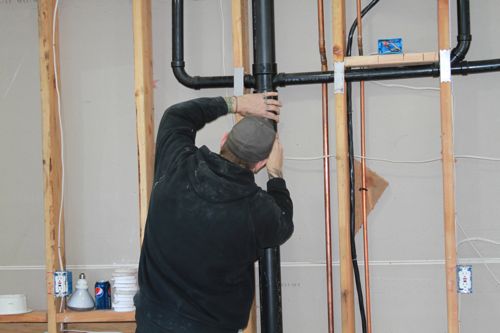 Matt also moved the exhaust vent… it’s now straight and where it needs to be for our new range… Thanks, Matt!! 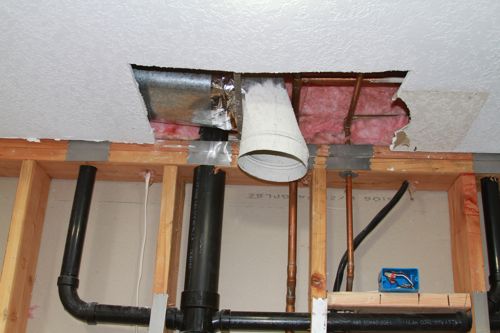 The Offspring and I decided that we wanted to leave a kind of graffiti “time capsule”… so we wrote on the inside of the drywall! 😀 I decided that the idiot who built our house should get credit for his stupidity and the guys fixing his messes deserved credit, too! 😉 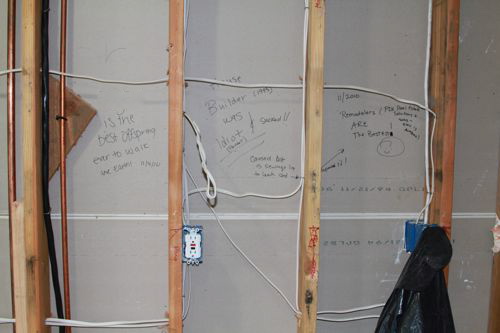 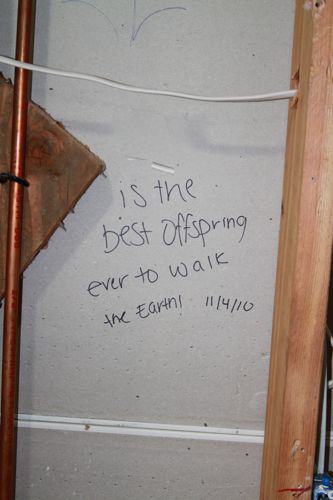 The electrician Serge moved the phone jack in two rooms… three was no electrical box… Not only did he move the boxes, he installed new wires which have both phone and ethernet/Cat5 connections for our home network in addition to our wireless network. That will be great for streaming movies from Netflix or iTunes! Thanks, Serge! 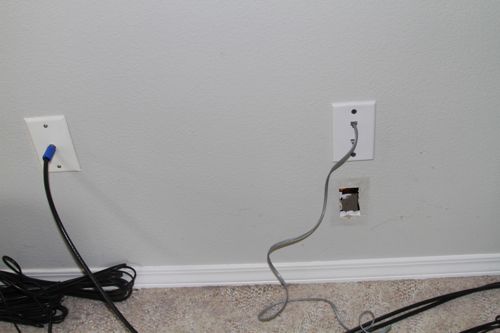 You could see straight through the two rooms… 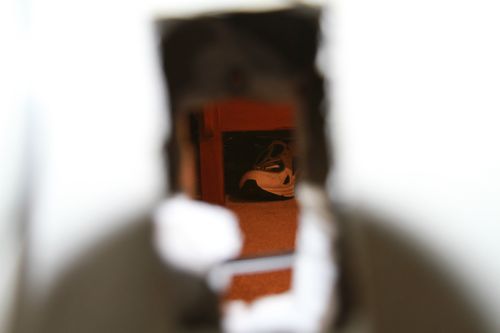 The dry wallers (Forinto and Forinto Jr.) came in and hung green board behind where the range and microwave will be… I was so impressed with their work! 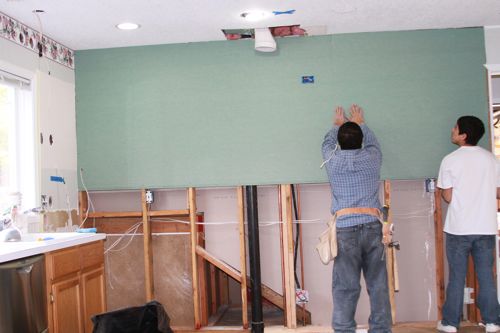 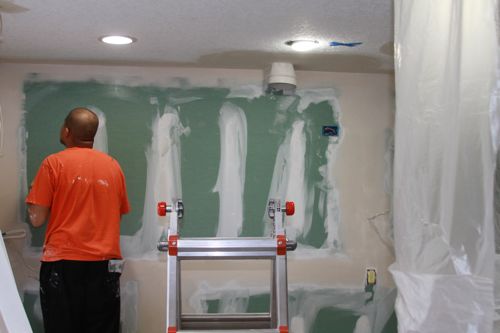 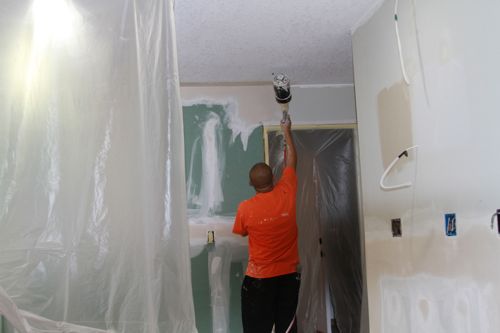 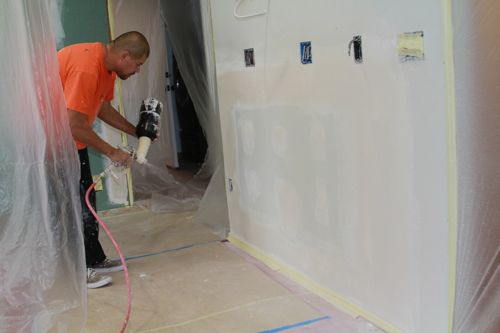 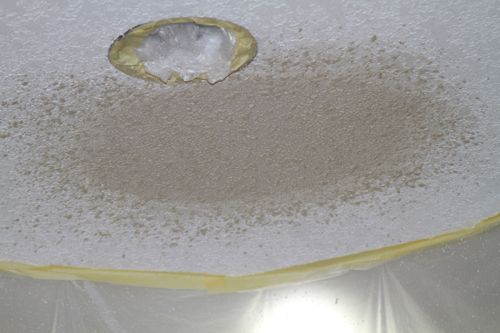 Raul’s hands moved in such a fluid motion it was so graceful! Aside from the paint color different, we couldn’t tell they’d been patched! GREAT JOB! 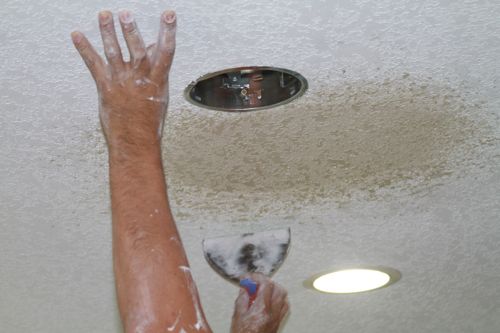 Thank you all for your attention to detail! We really do appreciate it!