Have you ever found a spot on your kitchen wall that you want to hide and you’re not sure what to do? We have such a spot. When we did our remodel we had a new phone jack put in over on the wall over by the new counter space (aka peninsula). 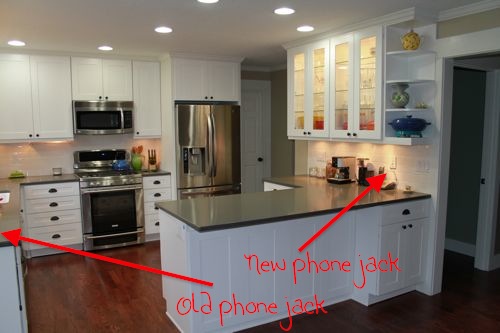 Well, here’s what we were faced with looking where the phone used to “live”… 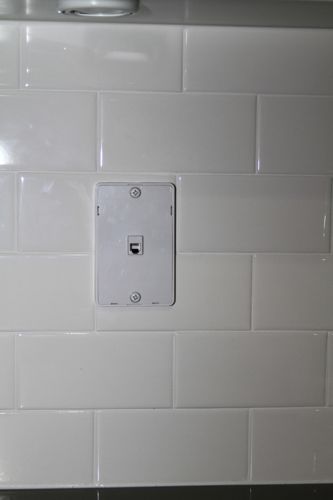 Not too attractive, eh? I had a tall glass jar that I used to keep pasta. But I have to admit whole wheat pasta is just not that exciting either.

Well, while we were on vacation back in August we visited the Jacksonville Mercantile in Historic Jacksonville, Oregon. They had so many cool things in their shop… the candy was wonnnnderful! 😀

But then I saw something I “had” to have. They had a multi-colored pasta that I thought would add some new color to my white kitchen and would look GREAT in my tall pasta jar. Isn’t it pretty? It’s called Marella Monnezzaglia Pugiese Pasta (Leftovers). It has all the different pasta shapes… hence the “Leftovers” name. 😉

The lady at the store said that when you cook the pasta the colors don’t bleed. I haven’t used this yet… it’s sooo pretty that I don’t want to cook it. 🙁 Plus then I’d see that blasted phone jack. It was a bit spendy to buy so I hate the thought of cooking it… but I did find it on Amazon, so I need to order some from them… I really want to support the Oregon economy, so maybe I will see if they’ll price match. That’d be cool!

So… have you done any creative hiding?