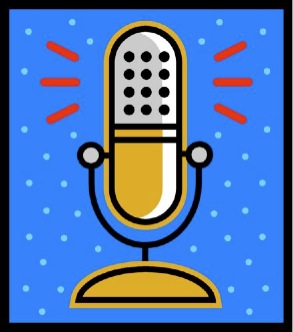 Hubby, The Offspring and I love movies. Actually we don’t just love movies we L-O-V-E LOVE movies. The Offspring suggested that I start reviewing movies. I have been apprehensive because I’m not an expert. With the all the award shows going on this time of year, I decided that maybe The Offspring was right and I should “chime in” a bit. I am by no means a pro movie critic and often like movies others hate… one in particular in the past year, but discussing that movie is for another time.

When I watch a movie it is for one purpose and one purpose only… to be entertained. If I am bored or otherwise un-enthused then I’m not entertained and the film makers have failed. The degree of failure depends on how poorly entertained I was.

I expect to laugh at a comedy. I don’t have to be rolling on the floor laughing my head off, but I have to laugh during the movie. If the movie is drama, I should be moved in some way. I like to feel a connection the characters, get emotionally wrapped up in their “lives”… feel what they’re feeling – laugh when I should, feel heartache and cry when necessary. During an action movie, I want to feel the excitement… the rush. I don’t want to feel or think “Is this almost over?” or “I can’t wait for this stupid movie to end!”

No matter the movie… when I am finished watching I want to feel affected in some way… I know that not all movies have a “good ending”… although I prefer a “good” ending, but know sometimes it is not possible. I surely do not want to feel so pissed off and regret spending my hard earned money and wishing I could get back time time I just wasted.

Now, John T. Woods and Zac Forsman, I don’t know much about your profession and I don’t think I’m an expert. I know it takes a lot of time and effort to create a movie. I’m just a movie fan with an opinion and know there are some out there who think the same as me so I hope I don’t sound like a complete flipping idiot here, so be nice and not rip me to pieces!! 😉

This review will contain spoilers so if you don’t want to know what happens… then stop reading now – feel free to jump to bottom and leave me a comment and let me know if you like the idea of me writing movie reviews or not.

Hubby and I went to see Liam Neeson’s The Grey last night… First let me tell you, I love to see Liam Neeson in a movie. I enjoyed him in The A-Team, Unknown and totally loved seeing him kick ass in Taken. (side note: I loved him in Schindler’s List, too) Although I think Neeson played his part well in The Grey, the movie itself is well…

I do not know the last movie I saw that when I left I was SOOOOOOO ANGRY! Pissed because I wasted two hours of my time seeing a movie that quite frankly S-U-C-K-E-D SUCKED! Don’t waste your time!” Before you leave this post, I think it is better to tell you WHY I feel this way.

I’ve read some reviews of this movie and some people claim it’s an “artsy movie”. Excuse me?!?!?

As a movie goer I personally don’t care who makes the marketing decisions. If the movie trailers lead the viewers to believe it is an action movie then, damn it, it had better be an action movie! If they’re intending it to be some metaphoric hi-brow artsy fartsy movie then the trailers need to allude to that intention… geez louise, Idiots!

Don’t be stupid… you’re an IDIOT if you don’t understand your audience.

Sorry, I digressed. Let me get on with reviewing the movie.

At the beginning of the film you see a bunch of rough and tough dudes in a bar. Neeson’s character walks in (we later find out his name is Ottway) carrying a rifle pack. He drinks a few shots. Clearly he’s upset. He leaves.

We see him start writing a letter using of all things… a fountain pen. Not something one would expect from a “roughneck” in the middle of an Alaskan oil field. Again… an attempt for the hi-brow crap.

We see some roughnecks working and see a wolf running quickly toward them. Ottaway takes aim and fires and the wolf goes down. We see him bending over the wolf and laying his hand on the wolves ribcage.

Now we see Ottaway knealing with his rife out and next thing we see is he’s sticking it in his mouth. At this point my heart sank. I felt his pain and knew that he wouldn’t pull the trigger because well… he’s the STAR OF THE MOVIE and well the trailer showed us with him smashing mini-liquor bottles…

It’s time for them all to start getting on the plane. Is it me or is it just plain strange to see a man walking onto a plane carrying a rifle pack? Granted it is likely a private charter… since all the passengers are the “roughigans” we saw at the bar. Still, it’s weird.

On the plane there’s a lot of B.S. and banter going on. Ottaway is grumpy and tells the guy who sits next to him that he doesn’t want to talk. Dude gets up and goes to the back of plane.

As the plane is flying the turbulence is pretty bad – I’d puked if I had been on that plane with everything that was going on. As the plane starts bouncing so much that the flight attendant hits the ceiling, Ottaway must be pretty happy the other dude left… he lays sideways to belts himself in with the second seat belt.

OK imagine how this looked… Neeson is 6’4” tall… how the heck does he lay down like that??? Give me a break!

WHOA… I liked the way the sound carries you through the terror and the instant blank screen leaves you someone in a “pause” or “limbo” state. Then Ottaway is laying in bed with a babe and he’s laying on her shoulder and he’s wearing his parka. LOL! Then “BAM!” bright sun and snow shocks you back to reality. Ottway is sitting up in the snow.

The fact that anyone survived the crash was amazing. There was only eight guys who survived; one didn’t last too long though.

The wolves show up and their eyes are gleaming through the blowing snow. All I could think of was the Twilight series wolves. One guy who was “on watch” decides he can take a leak away from where the others and well… he was wrong. Now there were six. Ottaway decides that they need to collect all the wallets they can find so that give them to the families.

Ottaway decides it’s best to head for the tree line so they can find food. As they’re walking through knee-deep snow one guy falls behind; you guessed it. Another wolf attack. WOW, I didn’t see that one coming (I’m kidding by the way). Now we’re down to five.

Well, you get the gist… over a period of a hour and half or so we see the group of seven who left the plane get picked off until there were only three. One guy (Diaz) decides he just can’t make it any further due to his injuries (he’d been attacked earlier and survived). He decides sitting next to a river looking at the beautiful scenery was the place to die. The remaining two (Hendrick and of course Ottaway) start following the river and you guessed it… the wolves are back and they start running. Hendrick is knocked into the river and it was taking him downstream. His foot gets stuck between two rocks and he’s pulled under water. Ottaway gets there to try and help him, but to no avail. Ottaway is alone.

Ottaway climbs out of the water and sits there. He starts yelling toward Heaven asking for proof. It doesn’t come.

He continues and stops and is looking at all the pictures in the wallets. Making little stacks of wallets. He then finds that he is in the middle of the wolf den. He keeps staring at the Alpha. He takes some mini-liquor bottles and tapes them to his hands and smashes them and …

YEP. It ends with the scene shown in the trailer. I was SOOOO pissed. There were only eight people in the theatre and multiple people explained “WTF” and frustration with the abrupt ending.

We left before the credits finished. We found out later that there was an additional scene… which doesn’t give any real resolution.

A few more complaints:
1) Every time the wolves circled I was waiting for a vampire to show up (if you haven’t seen New Moon, Eclipse, or Breaking Dawn you won’t get this)
2) Hubby commented later that the little mini-bottles were plastic and the wouldn’t have broken.
3) If he’d left the wallets in the backpack they possibly would have survived the fight.

I’ve read that the director plans on putting additional scenes – like the final battle – on the DVD, but I don’t care… I will NOT be buying this moving and since more “rentals” are now not allowing the “special features” to be viewed guess I won’t ever see them.

So, my recommendation – if you hadn’t guessed – SKIP this movie. Spend your money on another one.

Have you seen The Grey? If so, what did you think?