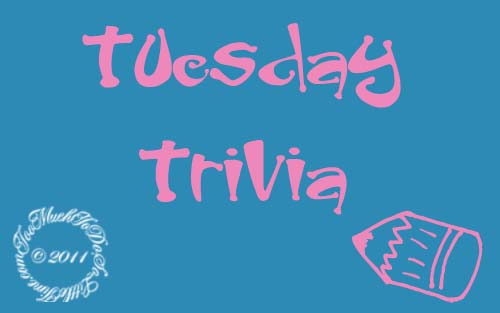 Here are ten questions. Nine that I received in an email and one from The Offspring 😀

1. Name the one sport in which neither the spectators nor the participants know the score or the leader until the contest ends.

3. Of all vegetables, only two can live to produce on their own for several growing seasons. All other vegetables must be replanted every year. What are the only two perennial vegetables?

4. What fruit has its seeds on the outside?

5. In many liquor stores, you can buy pear brandy, with a real pear inside the bottle. The pear is whole and ripe, and the bottle is genuine; it hasn’t been cut in any way. How did the pear get inside the bottle?

6. Three words in standard English begin with the letters ‘dw’ and they are all common words. Name two of them.

7. There are 14 punctuation marks in English grammar. Can you name at least half of them?

8. Name the only vegetable or fruit that is never sold frozen, canned, processed, cooked, or in any other form except fresh.

9. Name 6 or more things that you can wear on your feet beginning with the letter ‘S’.

10. What two Summer Olympic sports where men are barred from competing?