This is the view our my front window… 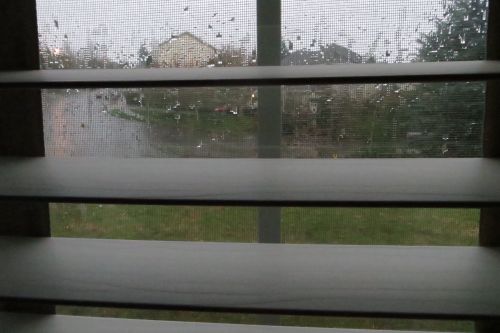 Now we’re having flood warnings and watches – except Eugene… YIPPEEEE! The Offspring will be happy!

My friend Kim lives out in Vernonia. I hope they’re OK!!! They had two 500-year floods in less than 11 years; the whole town flooded in 2009. She posted on Facebook that the Nehalem River is over it’s bank just down the road from her!!!! The Nehalem River is the northern boundry for their property!! YIKES! Pray for her and her family and friends!!!!


Update (2:51pm): Kim posted this photo on Facebook (yes, I have her permission to use it). This is a pond just next to her house. It was empty at this time yesterday. Now look at it!

I feel like a drowned rat and I’m indoors… Heading out soonish… maybe! Ma just called and told us to not leave the house. I do have to walk up to the mailbox at least.

We aren’t near a river or anything, so we shouldn’t have any flooding at our house. We’re at the bottom of a hill, but there’s a storm drain near us.

At least this morning’s earthquake didn’t wake me!