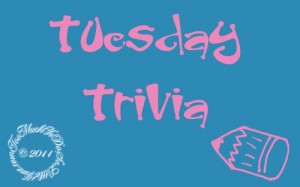 Today more than ever is it every American’s civic duty to VOTE! Keep in mind, in the USA the “people” don’t elect the president. That’s because we don’t have the “popular” vote for president.

Just who elects the President if it isn’t the people? In the USA, we use the Electoral College. The Electoral College was set in place in the late 1700s. Our Founding Fathers wanted to ensure that elections provided a “representative” president; so they decided to use electors.

As a result, many do not realize that there could, in theory, be a TIE in the Presidential Election. Yep.

As detailed in the 12th Amendment to the Constitution, the tie is broken by Congress; each side of Congress votes. The House of Representatives votes for president and the Senate votes for vice president.

This is where it gets interesting…

Currently, the House has a Republican majority; while the Senate has a Democratic majority… But it isn’t the current House and Senate, it’s the NEWLY ELECTED House and Senate!

YEP, that means we could end up with a president and vice president from different parties! This wouldn’t be the first time.

Also, did you know that just because an elector pledges to vote for someone he/she can still change their mind and “jump” to another candidate?

Electors have failed to vote for the candidates to whom they were pledged, as in the case of the elector who jumped from Michael Dukakis’ ticket to that of Lloyd Bentsen. And William Jefferson Clinton did not win more than 50% of the popular vote in the three-way presidential race of 1992. Clinton did, however, win the electoral vote and become president. (source: Library of Congress)

So, as you can see, it is extremely important to cast your vote!

Can you name the FIRST president and vice president that were from different parties? (Answer first in Comments section and then to get answer, hover your mouse/pointer over “vote” image)