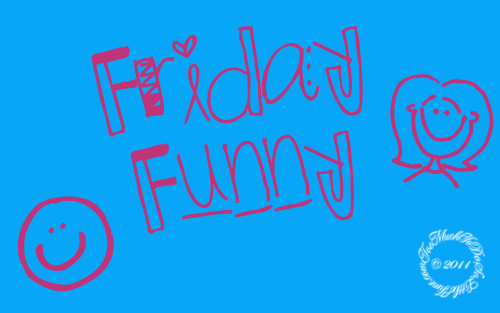 OK, so this isn’t a photo… a friend posted this on Facebook and I just had to share. I’m not sure of the origins, but it was too funny to not share.

Do you fart in bed ?
If this story doesn’t make you cry for laughing so hard, let me know and I’ll pray for you. This is a story about a couple who had been happily married for years, the only friction in their marriage was the husband’s habit of farting loudly every morning when he awoke the noise would wake his wife and the smell would make her eyes water and make her gasp for air.

Every morning she would plead with him to stop ripping them off because it was making her sick. He told her he couldn’t stop it and that it was perfectly natural. She told him to see a doctor, she was concerned that one day he would blow his guts out. The years went by and he continued to rip them out. Then one Christmas day morning, as she was preparing the turkey for dinner and he was upstairs sound asleep, she looked at the innards, neck, gizzard, liver and all the spare parts, and a malicious thought came to her. She took the bowl and went upstairs where her husband was sound asleep and, gently pulling the bed covers back, she pulled back the elastic waistband of his underpants and emptied the bowl of turkey guts into his shorts. Sometime later she heard her husband waken with his usual trumpeting which was followed by a blood curdling scream and the sound of frantic footsteps as he ran into the bath room.

The wife could hardly control herself as she rolled on the floor laughing, tears in her eyes! After years of torture she reckoned she had got him back pretty good. About twenty minutes later, her husband came downstairs in his blood stained underpants with a look of horror on his face. She bit her lip as she asked him what was the matter.

He said, “Honey you were right… all these years you have warned me and I didn’t listen to you.”

“What do you mean?” asked his wife.

“Well, you always told me that one day I would end up farting my guts out, and today it finally happened, but by the grace of god, some Vaseline and two fingers. I think I got most of them back in………..”

OK, you may not have found it as funny as me… but I laughed soooo loud it was crazy! LOL!! 😆

Did you find it as funny as I did?

3 thoughts on “Friday Funny – Do you fart in bed?”