If you’re like me, you likely do A LOT of Christmas baking. A few years ago I bought a KitchenAid bowl-lift mixer from Costco. I LOVE IT, save for one little thing… the metal blade doesn’t clean the sides of the bowl that well. I hated having to stop and scrap the sides. OK, call me lazy… on second thought… scratch that. 😉

1) Make sure you get the right one for your mixer (the one for the tilt-head won’t work in the 5 QT just like the 5 QT won’t work in the 6 QT). If you’re not sure which Beaterblade model you need, they have a nice diagram for you see on their web site under Which BeaterBlade Model Do I Need? link.

2) Make sure you adjust your mixer using the “adjustment screw”. Each Beaterblade comes with instructions on how to do it for your mixer model. If you’ve misplaced your instructions you can contact them at info@beaterblade.com.

I know that there are some who find that their Beaterblade doesn’t mix well and doesn’t get the food on the bottom of the bowl. This is quite likely the result of not making the necessary adjustment (#2 from above). I have never had that problem, but I also adjusted my mixer when I got my Beaterblade.

Now, what does all the above have to do with the title of this post??? Well, if you follow me on Twitter you most likely “saw” me in tears on December 18 when I tweeted the following:

Yep, as I was mixing cookies, my faithful Beaterblade BROKE! I was in tears… sobbing actually! 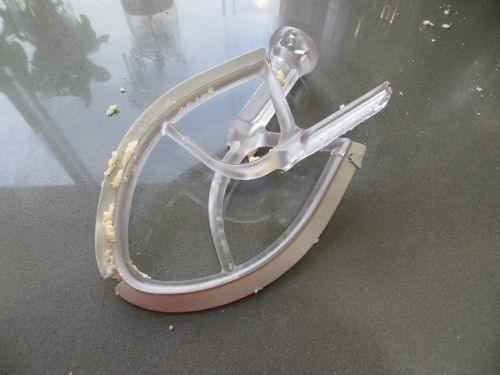 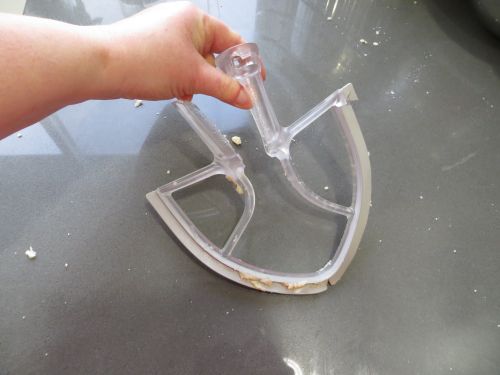 Yes, I still had my metal factory blade so I could continue, but I was seriously upset. It was Christmastime and I had so much I still had to do.

Then, 11 minutes after my tweet, I received the following reply and started cheering up…

I sent an email as requested.

Then, bright-and-early the next morning I received an email from Beaterblade Operations Manager Cheryl asking for photo of my broken Beaterblade along with my home address and she would be happy to replace it. I was so thrilled I started crying. Yep… I’m a weaper… I cry in sadness and happiness. 😉

I sent Cheryl the pictures you see above and she sent me a new blade!

At least I still had a working mixer! 😀

Needless-to-say, I was soooo thrilled when my replacement Beaterblade arrived. Although it was after Christmas, I still had things to make and was quite excited when I opened the package. 😀 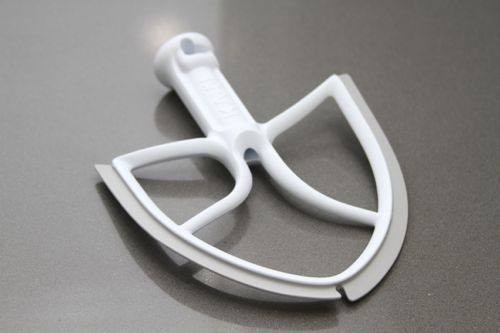 Beaterblade’s speedy response via Twitter and quick action by Cheryl shows just how AMAZING their customer service is. Thank you soooo very much!!

Don’t you just love it when a company stands behind their products and they take care of their customers?!

P.S. Although initially Beaterblade had never heard of me, they have now (from my Tweet and subsequent emails). They did not ask me to write this post. I wanted to share with you their amazing customer service. All the opinions expressed are mine and although I did receive a replacement beater, there were no strings attached – meaning they didn’t tell me I had to write a positive post or follow-up tweet to receive my replacement beater. They just gave me one, no strings attached.