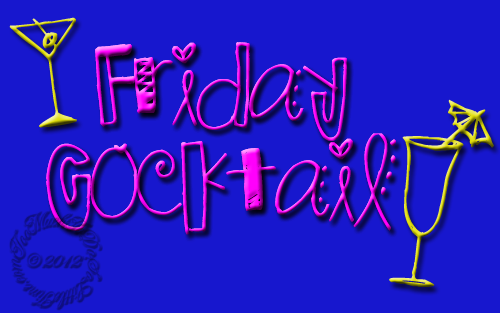 I’m not a big beer drinker. My friend Dude brews his own and thought perhaps it is the “hoppy” flavor I don’t like. He had some samples last fall for me to try and I he’s right.

When, if I’m going to drink a non-spirit, non-wine, alcohol drink I lean toward Hard Cider. I was at WinCo a couple of weeks ago, I they had some Angry Orchard Crisp Apple on sale. I thought, what the heck, let’s give it a try.

Crisp Apple – This crisp and refreshing cider offers sweet apple notes up front with a subtle dryness at the finish for a balanced cider taste. A hint of Fuji apples adds a layer of complexity and brings out a fresh apple aroma and slightly sweet, ripe apple flavor. 5% APV

The box is cute… reminds me of Snow White though. 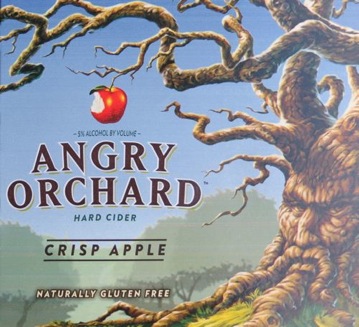 It lives up to their claims to be slightly sweet. I like sweet, so it’s not as sweet as I’d prefer. They claim it has a “hint of Fuji apples”, but a “hint” is all I could taste. It’s not super bitter which is a big plus. You can tell it’s hard apple cider and not beer; that’s a BIGGER plus for me.

It’s not the greatest hard cider I’ve ever had, but it’s also not the worst. Don’t get me wrong, I would buy it again, but it’s not my favorite. I would give it 3.5 out of 5 stars. What’s funny is Hubby and I were at the movies the other day and they were selling this beer… for $6.00 a pint… I paid roughly that for a six pack! 🙁

I think what I need to do is compare multiple hard ciders. I seem to compare them all to our local McMenamins which was my first hard cider. I’m going to search for more Oregon and Washington hard cider choices, especially since Washington grows 58% of the apples in the USA. Any suggestions? I absolutely LOVE Fuji apples, so I’m looking for something else made with them.

What I’m looking for is something that tastes like apple cider with a bit of a kick but not bitter… I’ll let you know what I find.

Disclosure – This is my own opinion and I paid for the cider myself. Angry Orchard does’t know who I am. I’d be more than happy to try other flavors and review them here.

Now, for the fun stuff… wanna know why I chose a bottled cider for this week’s Friday Cocktail? Mama suggested it, well actually she suggested beer, but I don’t like any of the beer in our house. I loved the idea because of my special bottle opener. 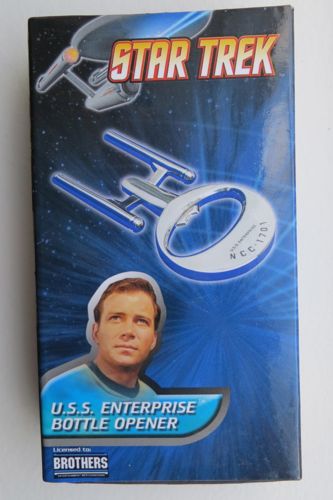 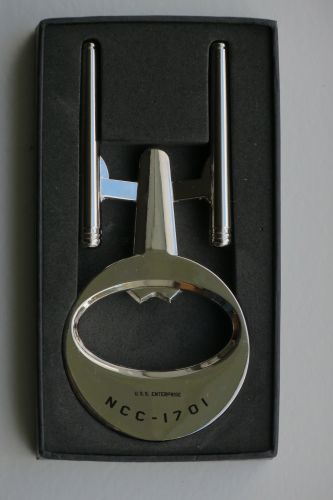 Nothing like opening a bottle with the Enterprise, eh? 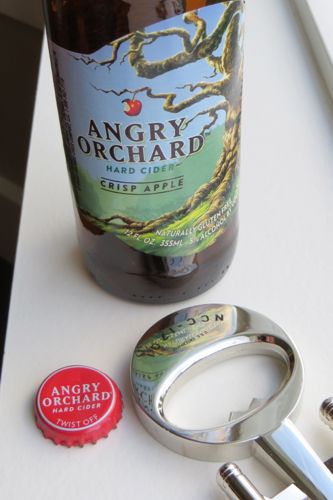 Yes, yes, yes… it reads “twist off”… But why “twist off” when you can use the Enterprise to open your bottle?

Do you like Hard Cider? If so, what can you recommend? Do you have a special bottle opener?