We have wallpaper in our kitchen nook and wallpaper border around the kitchen, nook and family room. It has to come down… It’s been there for 14.5 years… it is time for it to come down. UGH!!! I was dreading it. 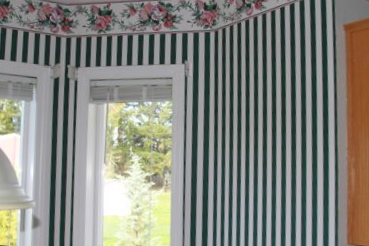 Some time ago, Hubby had purchased a Wagner steamer from Costco which had a wallpaper attachment. Now keep in mind that I have only ever put UP wallpaper… never taken it DOWN. 😕 I read the steamer instructions and was set…

Uhhh ohhh… water was running down the paper. So I looked at it closely and saw that the top “green/white” stripes part would peal off. So I stopped and pealed it off first. Here’s what it looked like 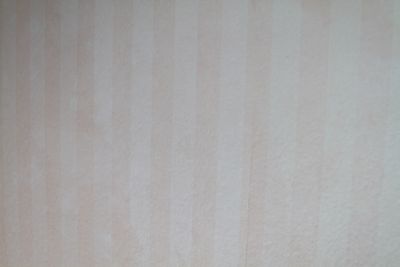 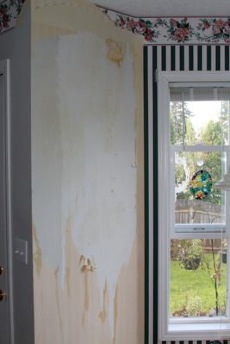 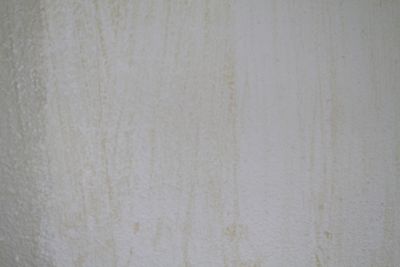 Hubby had read on the internet about another way to remove wallpaper… instead of using the steamer, get a bowl of warm/hot water and soak a sponge in it. Take the wet sponge and get a wallpaper backing wet. Wait 10 minutes and then start to peal the backing off the wall.

Update: After all the paper was off, I took the sponge with warm water and scrubbed the walls and removed the remaining glue. It was kind of strange how the steamer didn’t help with the glue.

Please ignore the glare for the poor lighting… 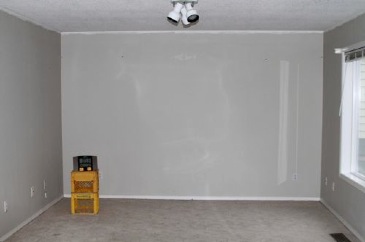 Then came the powder room… its wallpaper has been there for over 17 years! DOUBLE UGH!! 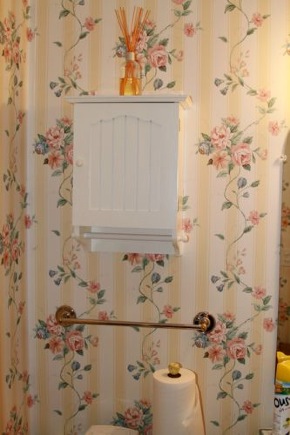 As you can see behind The Offspring… errr… Hollywood…, the bathroom wallpaper came of quite easily. It helped that the wall was smooth instead of textured like the kitchen and family room. 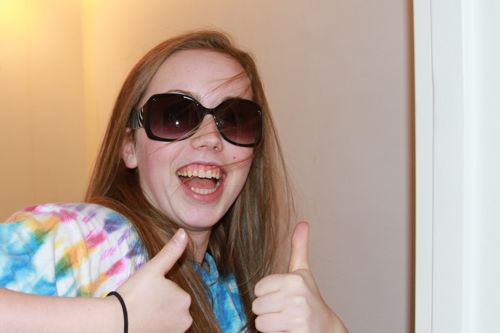 After all the wallpaper was removed, we started looking at paint choices. Hubby and I had picked out a color, but he suggested that we go to a new development not too far from us and look at the model home. We told the realtor that what we were doing and she was very helpful. We really liked the wall color and she gave us the color. It is Sherwin Williams Loggia. We went to the store and bought a Color to Go quart as well as the other color and Hubby and The Offspring painted some samples on the powder room wall. 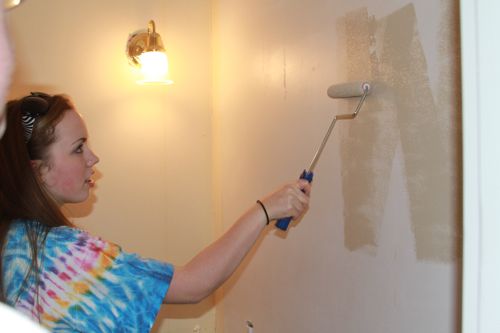 …the Loggia is on the right and the left is the other color. 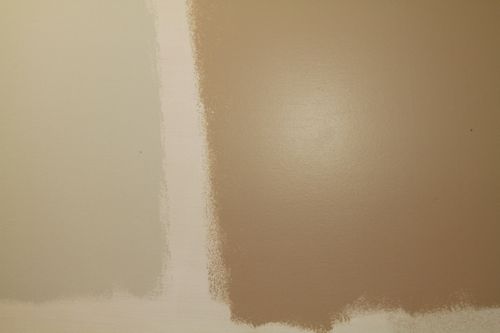 The next day, Hubby and The Offspring selected some other colors and Hubby bought them and painted more samples on the wall. This picture is hard to tell, but the brownish looking one is called San Antonio Sage and looked like baby poop… ICK! The one on the right is Willow Tree. 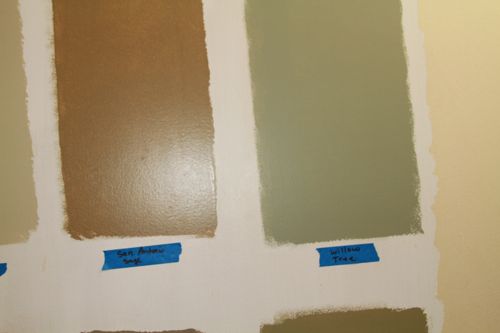 These are lighter than how they really appear, but here are the colors – if you’re RGB or Hex savvy, you can enter the color codes into your computer and see them better. You can tell these are off just comparing them to the colors in the above photos.

I will post more on the painting process soon!

Do you have any wallpaper or painting stories?