I have shared a bit about my garden this year. I showed you my beautiful radishes at 4 weeks. 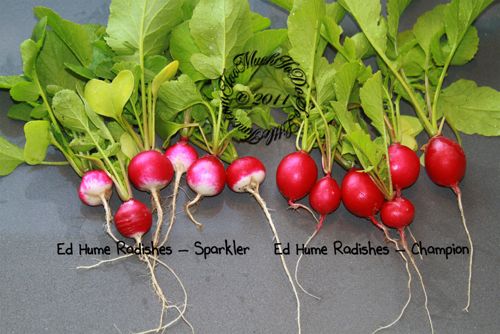 I have anorexia ones… These two were from the same row – just 6 inches apart! Why is that one (actually it’s not alone) so flipping skinny?!?!?!

… and I have obese ones… 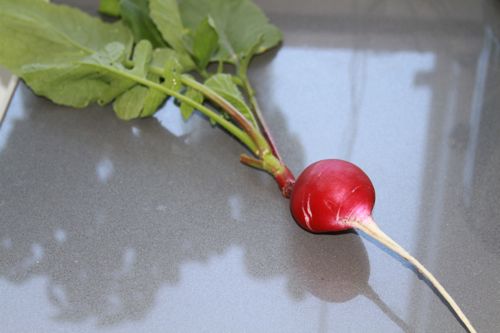 OK… so that picture doesn’t really give you the perspective one really needs… does this help? 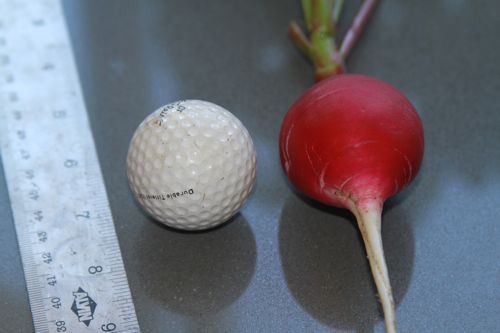 YEP, that’s a golfball size radish! You know… it actually wasn’t too hot either. I sliced it up and it was pretty good! 😀

Really strange how radishes all planted at the same time have such different growing patterns!! I have more to plant… I think 5 more varieties. I hope to keep them going for a couple months.

Before I get a bunch of comments saying I should pick the radishes sooner… I planted them mainly for Hubby… I had hoped he’d pick them when he wanted one. 😉

One thought on “Attack of the Mutant Radishes”