As I’ve mentioned multiple times it rains a lot in Oregon. The last two months has been bad. Many of The Offspring’s softball games had to be moved or postponed because of the rain. Taking care of ones yard and garden gets difficult.

I have to admit I got really lazy… partly because of the rain, partly because I’m wearing a “walking boot” because I tore my left Achilles tendon. It sucks. I haven’t been on a “good walk” in months…. it’s killing me. I miss it…. I digress…

Now back on topic… Garden prepping. If you recall from last year, it was my first year planting in a raised bed. 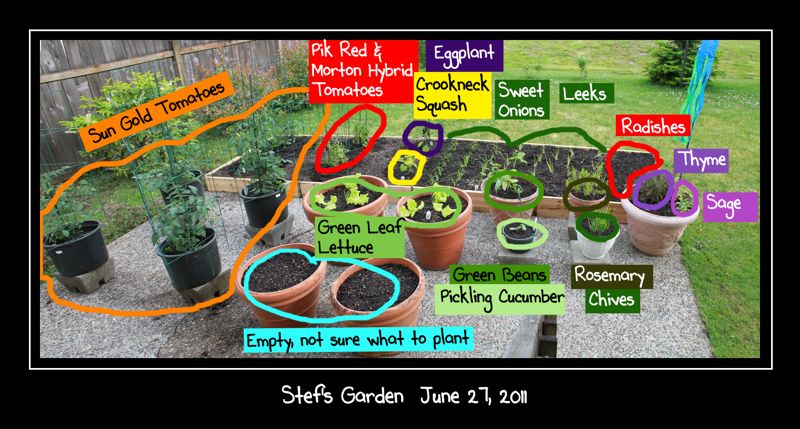 Well, as I said, I’ve been lazy and that means weeds and grass had taken over my raised bed – I have to admit, container gardening like in 2010 was easier to clean up!

Well… after HOURS upon HOURS of hand pulling I had this…

It started raining after I finished pulling all the weds out of the beds and containers so I could’t spray or pull or kill the weeds around the edge or growing up the middle of the patio.

I had full intentions on planting the first radish seeds this past weekend, but didn’t get it done. ☹

How has your garden prep being going? Do you live in a sunny place and already have a crop?