I have a friend at work who has a garden. He often brings in excess produce. Well, not too long ago he asked me if I wanted some zucchini. I said, “Sure, I have an awesome zucchini bread recipe.” He told me that they were big so I thought I’d combine it with one I got from Ma. I was expecting him to bring me one. Well, he brought me THREE!

He wasn’t kidding… they’re HUGE!! I didn’t do a good job taking this pic. The back three were from my friend. They actually were bigger than the 12-inch ruler shown. 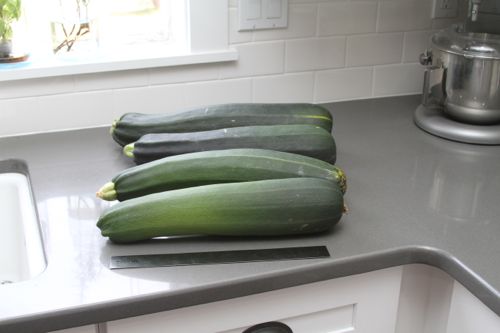 My zucchini bread recipe calls grated zucchini. So the first thing I did was cut the ends off and then slice it in half.

…. then slice off the peel. I could have used a vegetable peeler, but that would have taken forever. 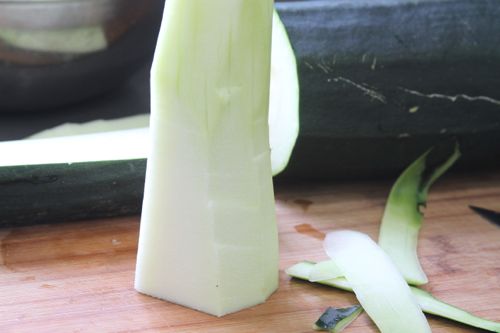 In these large zucchinis the seeds are too big to leave in. Take a spoon and scoop out the seeds. Leave as much meat as you can.

You should have a nice little “trough” when you’re done. 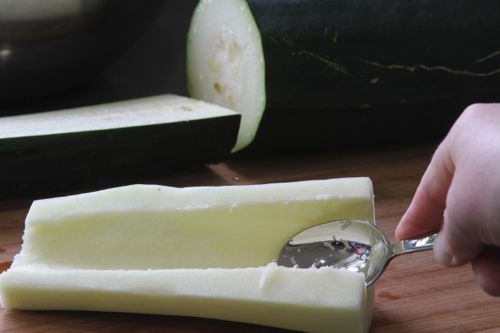 Where the seeds are smaller, leave them.

After peeling and de-seeding all four huge zucchinis this was what I had… a mound of seeds and peel for the compost bin and an equally large mound zucchini to grate. 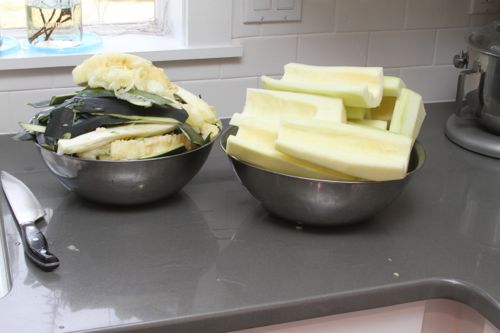 One thing I couldn’t believe was my fingers… they were GROSS! I don’t know what it was but the tips looked like they were peeling! UGH! It was not my skin, it was dried zucchini slim… It felt sooooo weird!! As I said UGH!! I scrubbed my fingers with my soft vegetable brush and the dried zucchini slim sloughed off. THANK GOODNESS!! 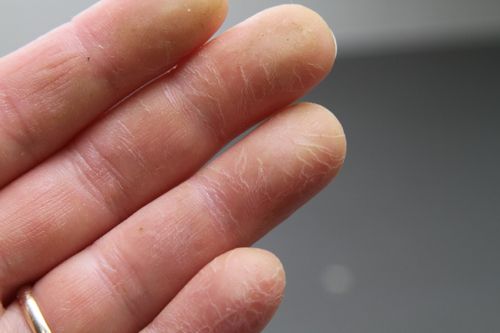 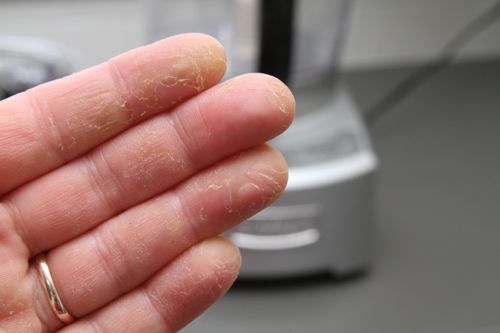 It was now time to shred the zucchini… I am SOOOO thankful for my food processor. Of course, I could have used my mixer’s attachment, but I probably would have been crying if I had to do it by hand… 😉 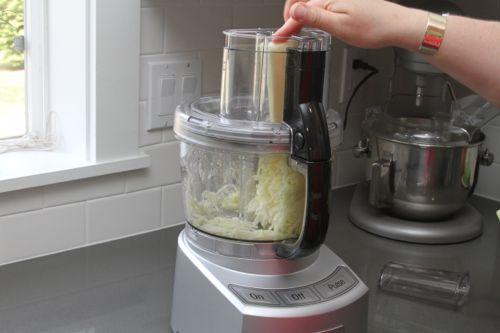 When all done I had 18.5 cups of grated zucchini!

As you can see, you can’t vacuum seal freshly grated zucchini… see… there is way too much liquid… 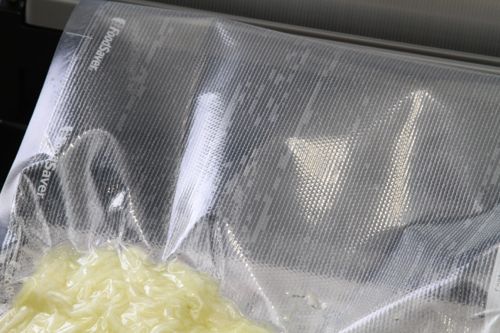 Instead, what I do is scoop two cups of zucchini into sandwich bags squeeze out the air and then spread it out flat. 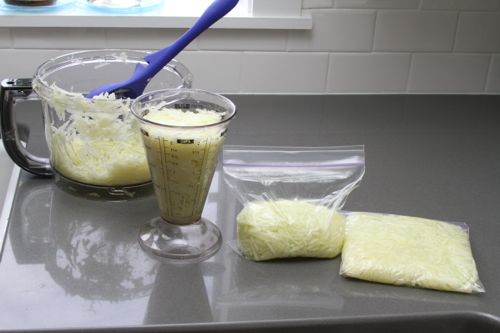 When all done take the flattened zucchini into a large freezer bag and put in the freezer. 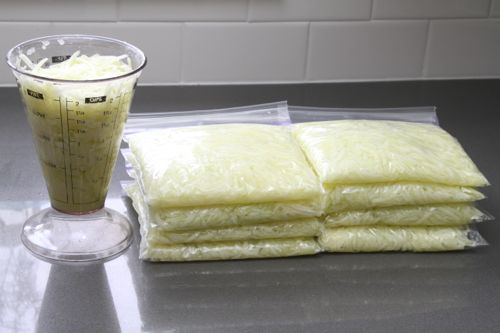 After frozen, remove the zucchini from the plastic bags and then you can vacuum seal it.

How do you prepare your zucchini for zucchini bread?

2 thoughts on “Zucchini Coming Out My Ears”