I love smoothies. I have them almost every workday and like to change things up once in a while. 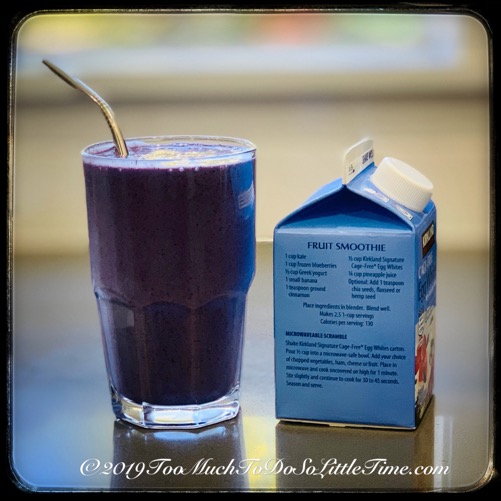 We buy Costco’s egg whites and on the box is a recipe for a fruit smoothie. For years I’ve been telling myself that I want to make it, The Offspring has also been telling me to make it. Well, I finally made it on Sunday. It was yummy!

Do you have a favorite smoothie? If so, what’s it called and what is the recipe?